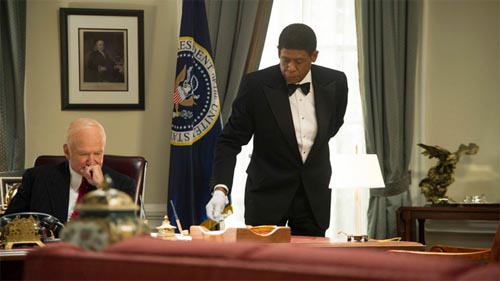 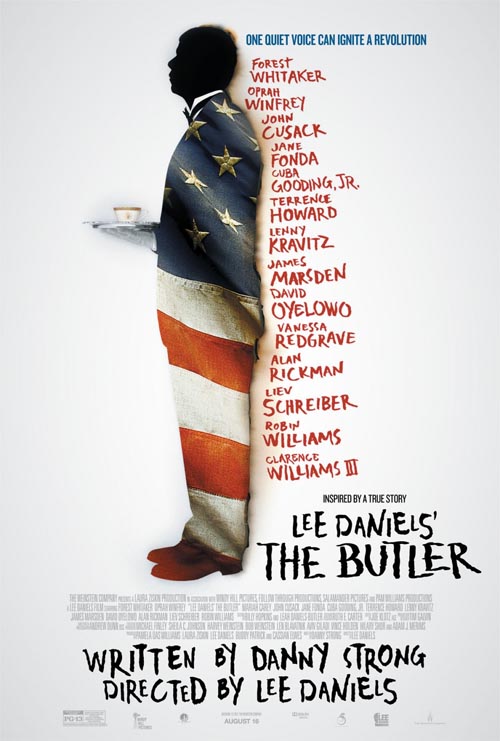 For myself, writing a negative review for a film about a very important time in our country is not an easy task.  The Civil Rights movement is probably the single most important piece of American history over the past hundred years.  Unfortunately, “Lee Daniels’ The Butler” is weighed down by uninspired direction and some terrible casting (John Cusack as President Nixon?). Forest Whitaker, Oprah Winfrey, James Marsden and Cuba Gooding Jr. are the only cast members that register here.

Whitaker plays Cecil Gaines, a career server, who is hired by the White House to be a butler.  Through the years, Cecil served Presidents’ Eisenhower (Robin Williams),  Kennedy (James Marsden), Nixon (John Cusack), and Reagan (Alan Rickman).  While Cecil was serving his country by serving the White House, his son Louis (David Oyelowo) was off traveling the country fighting for rights of African Americans.  Louis and his girlfriend Carol (Yaya Alafia) were getting beat up, kicked out of establishments, and thrown in jail.  Eventually they formed the Black Panther Party.

The major problem here is that the “The Butler” is not the least bit interesting.  It has its’ moments, like when Louis and his friends sit at the white’s only counter wanting to be served, only to have an angry mom beat them and drag them outside before being arrested.  The rest of the film lacks any power or emotion.  I didn’t feel anything for the characters and when the story is about civil rights, that is a serious problem.