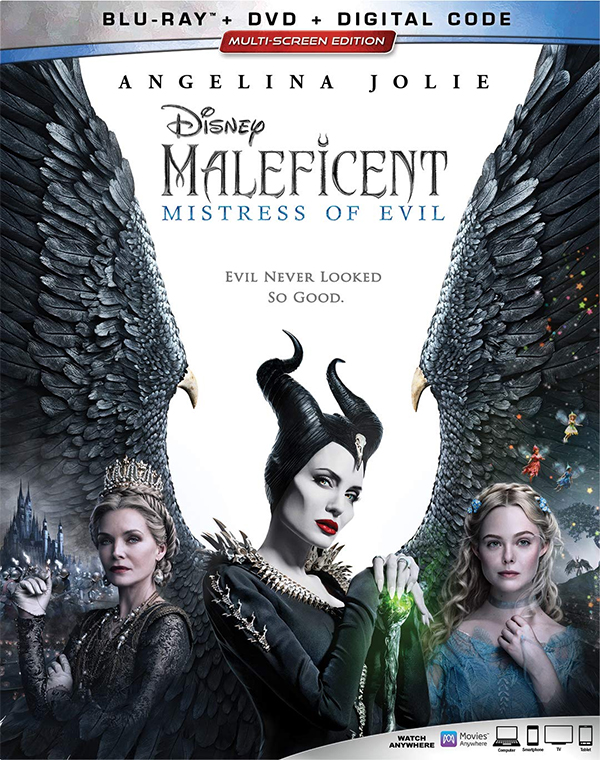 Arriving on Blu-ray this week is “Maleficent: Mistress of Evil”, the sequel to the 2014’s “Maleficent”. Angelina Jolie returns in the title role and despite getting a poor reception at the box office in the fall, I found it to be a worthy follow-up to the first film. As with any of the recent Disney live-action films, The Blu-ray looks absolutely, stunning. Colors are bright and crisp and DTS-HD Audio 7.1 helps bring the world to life. The cast, which includes Elle Fanning, Michelle Pfeiffer, and Sam Riley are all good, but this is definitely, Jolie’s show and she owns the role every moment she is on screen.