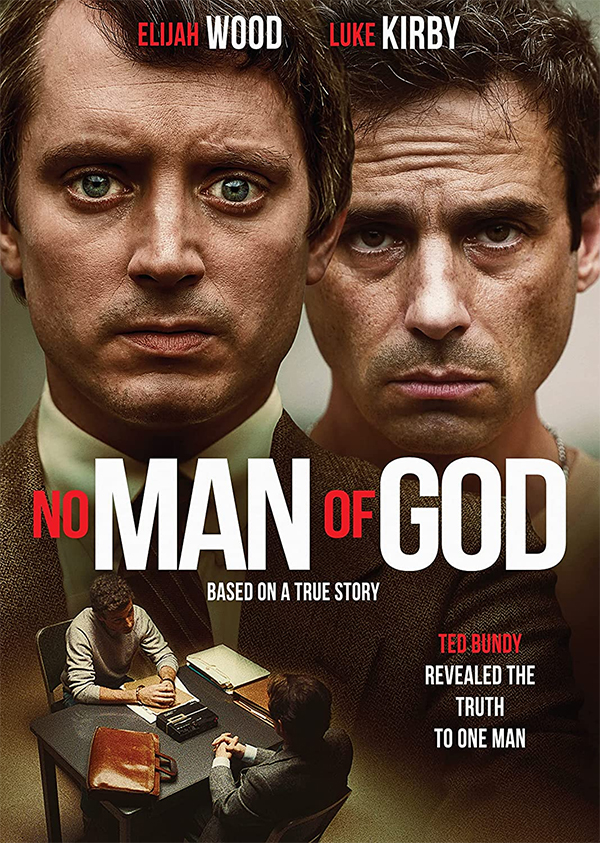 Arriving next week on DVD and Blu-ray is No Man of God, directed by Amber Sealey and written by C. Robert Cargill (using the pseudonym Kit Lesser).

Set in 1980, the film is based on the true story of young FBI analyst Bill Hagmaier (Elijah Wood), who volunteers to meet with an incarcerated Ted Bundy (Luke Kirby), who up until then, has refused to talk to any member of the FBI. After Bill writes a personal letter to Ted, the convicted murderer agrees to let Bill interview him. Since these are the early days of the criminal profiling unit, Bill, as well as other agents, want to learn as much about how these killers think. However, what the agent really wants to learn is the locations of the bodies Ted Bundy has left behind. This would help bring closure for the families of those victims.

Where No Man of God is of most interest is in the strange and sometimes unsettling relationship that grows between Bill & Ted (Yeah, I know I said it). Both Wood and Kirby are great here, as they get into each other’s minds, and I found Wood to be especially good. These are two very intelligent men and Kirby does a great job concealing weather Ted is being genuine with Bill or toying with him.

As good as the cast is here, I felt No Man of God just goes on for far too long, even the compelling discussions between the two begin to wear thin. Another issue I had was that the ticking clock counting down to Bundy’s execution couldn’t manage to drive up the tension. While the players are in top form, there are far more interesting films out there about the notorious killer.  Still, if you like crime-dramas, the cast and serial killer stories, No Man of God still may be worth giving a look.