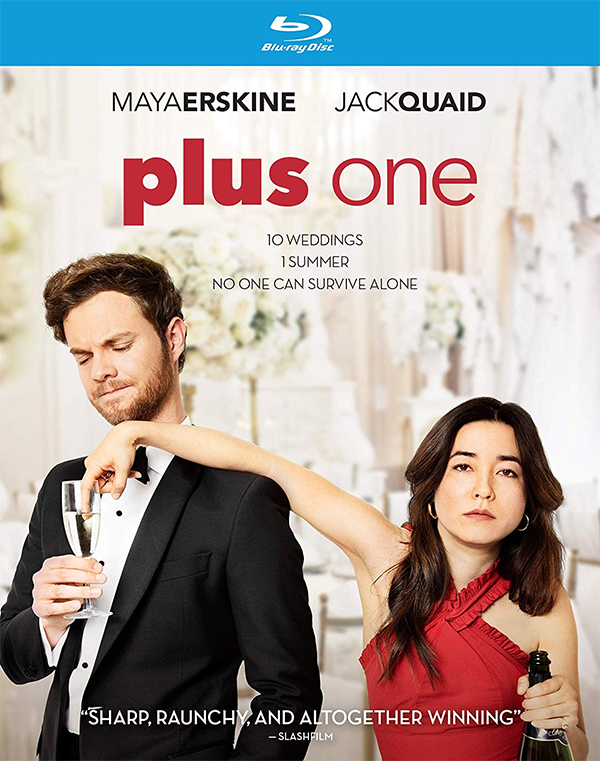 Writer/directors Jeff Chan and Andrew Rhymer make their feature film debut with the enjoyable (yet, very predictable) romantic-comedy, “Plus One”. What makes this one stand-out from the countless films of its kind is the writing by Chan and Rhymer. The duo understand what it’s actually like to be at an event like a wedding, while not entirely in the spirit of things.  I think its safe to say many of us have felt that way and the main characters feel relatable.  Often, a film with a set-up similar-to “Plus-One” is played for laughs, and rarely honest emotion.  Stars Maya Erskine and Jack Quaid have great chemistry and their interactions feel completely natural. It is Erskine however who is the true star here. She is raunchy and adorable at the same time. That is not an easy thing to pull off.

The film centers on long-time friends Alice (Erskine) and Ben (Quaid), all their friends are getting married during the same summer and neither of them are thrilled about attending the numerous weddings. Alice just broke up with her boyfriend and the last thing she wants is to be around people who are in happy relationships. To avoid being stuck along at the functions, they agree to be each-other’s plus one. They may have to go to twice as many weddings, but at least they will have a friend on hand.

We know from the start that Alice and Ben are eventually going to realize that they are into each other and of course its going to have a rocky road in the beginning but it will all workout in the end. That is the formula of these films and they are rarely changed. A romantic-comedy where the couple never talked to each other at the end is depressing. If you are a sucker for the genre, I recommend you grab your plus one and check it out.