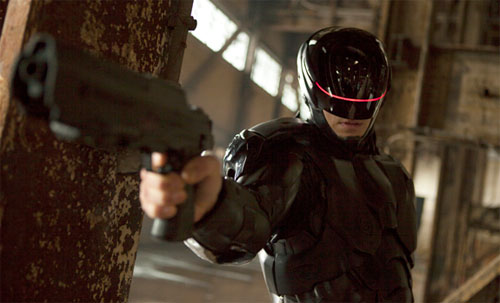 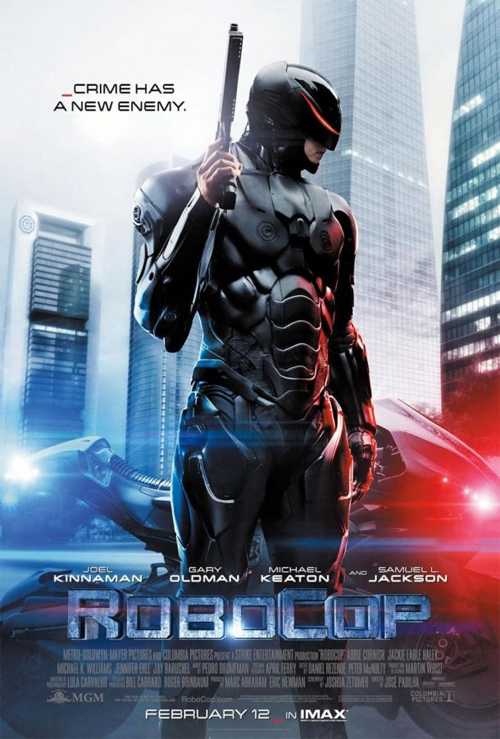 When Sony first announced their plans for a remake/reboot of the 1987 Paul Verhoeven directed classic “Robocop”, I was pretty ticked off. I am a HUGE fan of the original film and the idea of the film being remake just irked me so.  When director José Padilha was picked to helm the new “Robocop” and a cast of supporting players that included Gary Oldman, Michael Keaton, Jackie Earle Haley, and Samuel L. Jackson were on board, I began to open up a little about the idea.  I still wasn’t convinced that this was a good idea, but who could ignore that kind of casting?  Still, if you have seen Sony’s 2012 remake of “Total Recall” (another remake of a Verhoeven classic), it would take a whole lot to get you on board with a new “Robocop”.

Surprisingly, Padilha’s version of the law enforcement cyborg is not nearly the train wreck I was expecting. Although it lacks much of the intelligence and dark humor of the original, it winds up working quite well as a decent action flick with a more interesting take on  inner-robot-human struggle.

Set in the year 2028, OmniCorp, which is the leader in robotic technology has robots policing cities in countries all across the globe, except for inside the United States.  The U.S. citizens do not want machines given power over human beings, and can you blame them?   Head of OmniCorp Raymond Sellars (Michael Keaton), decides what his company needs is a machine/human mash-up that the citizens can actually support.  So, who will be the lucky guy that will get to become a robot? Detective Alex Murphy (Joel Kinnaman) of course, thanks to a car bomb explosion that pretty much rips him apart.  With the help of Dr. Dennett Norton (Gary Oldman), Omnicorp transforms Murphy into Robocop.

What I enjoyed about the new Robocop is that it doesn’t try to copy the original. Sure there are nods, like a few lines here and there and an update on the original theme, but the material is handled in a different way.  Kinnaman does a great job as showing Murphy’s pain. In one of the film’s best scenes, Murphy is robotics are taken completely apart while in front of a mirror. He sees exactly how much of himself is left. All he wants to do is die at that point. Even though the 1987 film was a hard R rated film and the remake is PG-13, the image of Murphy in that one scene is just as disturbing as some of the more graphic moments of the original.

“Robocop” moves along pretty quickly and the supporting cast really helps elevate things.  Samuel L. Jackson seems to be having quite a bit of fun as political commentator Pat Novak,  a man who obviously supports Omnicorp and thinks Americans are Robo-phobic.  One of the biggest flaws here is that there is not enough time spent focusing on Murphy with his family, especially after his transformation.  I would have loved to have seen more scenes with Kinnaman interacting with his son David (John Paul Ruttan) and his wife Clara (Abbie Cornish).  Gary Oldman is just as good as always, and though I am a fan of Michael Keaton, his character just never seems evil enough.

“Robocop” is not great, but it’s enjoyable.  If a die-hard fan of the original can come away from the remake with a slightly positive reaction, then those younger folks who have never seen the original, could wind up loving this new one.