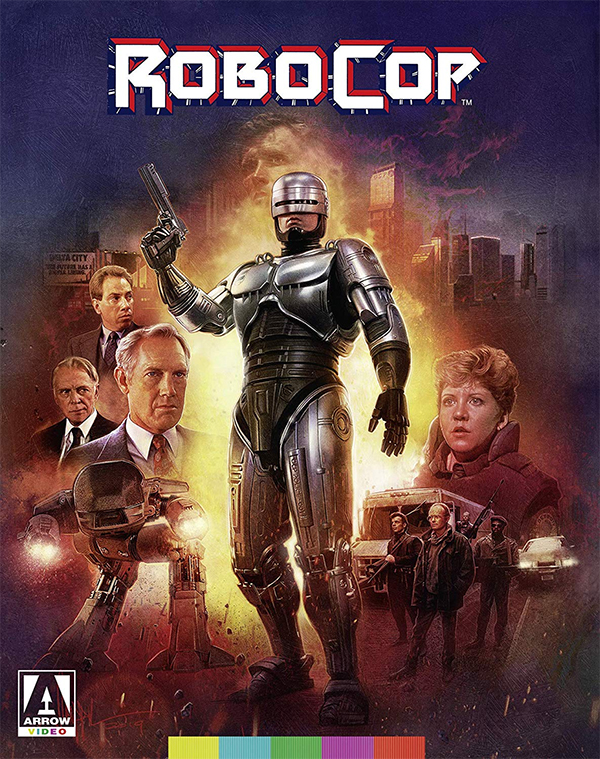 Arriving this week on Limited Edition 2-disk Blu-ray is what might possibly be my absolute favorite home video release of 2019, “Robocop”. Sure, I have owned numerous reissues of this film, since I am a major fan, however, this edition from Arrow Video is beyond incredible. It makes total sense that they would want to release this set just days before the 2019 holiday shopping season officially begins. This comes just a month after what would be my second favorite release of the year, Arrow’s “An American Werewolf in London”.

Very little needs to be said about the film itself, if you have never seen the original 1987 film, you are missing one of the greatest pieces of modern science fiction ever created. It is violent, gruesome, funny, and extremely intelligent. It is a product of its time and still very relevant today.

The 4K restoration, which was approved by Paul Verhoeven in 2013 looks and sounds fantastic. In fact, the picture is so clear, that we can see the wire used for ED-209’s firing rocket very clearly. Unfortunately, that is one of the very few things I am not a fan of when it comes to such a clean looking transfer. Despite that one minor issue, “Robocop” has never looked better.

As of writing this, I have yet to get through all-of-the bonus features. As you can see below, Arrow packed this release to the brim with so much content that finding the time to get to all of it will be a challenge. Aside from the theatrical cut and the much bloodier director’s cut, we are given a-number-of featurettes, new and vintage commentaries, deleted scenes, and a standard definition presentation of the edited-for-television version with alternate scenes. Included in the packaging is a double-sided poster, collector’s postcards and my personal favorite, a Limited Edition collector’s booklet.

If You are a fan of “Robocop”, then I highly recommend you ad this to your collection. If you have a friend or family member that loves this film, it also will make for a fantastic gift (even if they already own an older issue of the film).