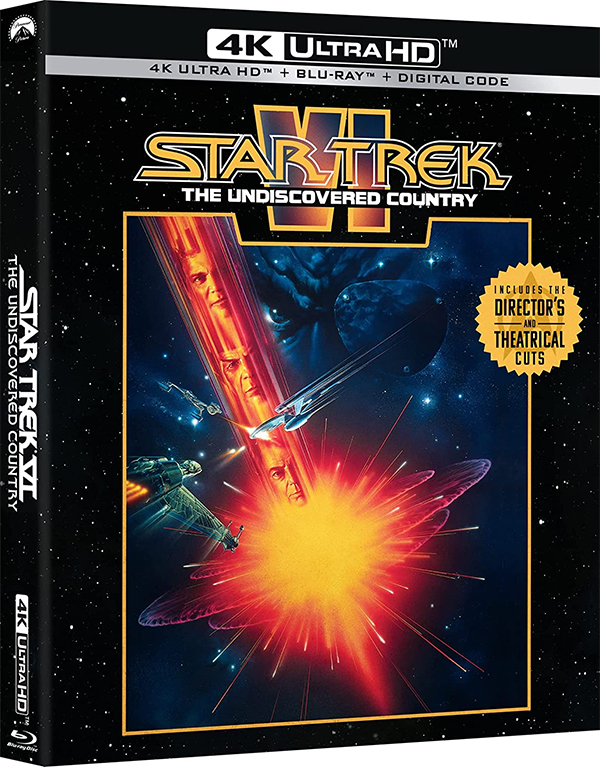 I am pretty confident that if you ask any fan of the original cast Star Trek films, they were thrilled in the early 90’s that their beloved Starship Enterprise crew got to embark on one last voyage before retirement. Nobody wanted The Final Frontier to be the how things ended off. Thankfully, Wrath of Kahn director Nicholas Meyers returned for The Undiscovered Country, which turned out to be a fitting farewell for the cast.

While some of the film’s politics are a bit too in your face at times, it is the political thriller aspects of Star Trek VI: The Undiscovered Country that I found most engaging. After getting way to spiritual with the previous film, I loved the whole murder mystery route that was taken here. Two great cast additions here are Kim Cattrall as Spock’s Vulcan protégé Valeris and Christopher Plummer as the Klingon villain Chang. Each of them brings something unique to their characters, while Plummer is obviously having fun with the meaty role.

While the differences between them are minor, the new 4K UHD includes both the theatrical and director’s cut of the film. Presented in 2160pm Dolby Vision with HDR10, we get another beautiful transfer from Paramount. This is definitely the best-looking release of the original six films. Part of that has to do with it being the most recent, originally released in 1991. The other being that it was shot on Super35. While some of the CGI looks quite dated (floating Klingon blood being the most obvious), the rest of the film looks stunning. Once again, the Dolby TrueHD 7.1 audio has been ported over from the 2009 Blu-ray but that is not an issue because it still sounds fantastic.

If you are a Trekker and looking to upgrade to 4K, you won’t go wrong with The Undiscovered Country or the previous films in the series.