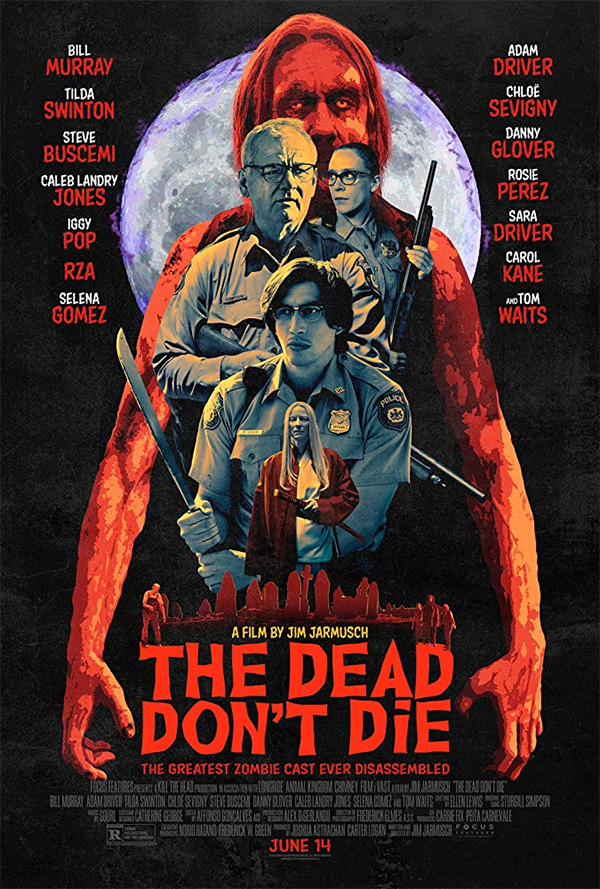 The sheer number of zombie films and television shows that have been produced over the last decade alone is staggering. For me, it has gotten to a point where, unless a zombie film is expertly directed or at the very least putting a new spin on things, it is hard to get me excited. Writer/director Jim Jarmusch’s new zombie-comedy (zom-com) falls under the latter. Unfortunately, “The Dead Don’t Die” feels like the equivalent of someone trying to amuse themselves, and nobody else.

Set in the small town of Centerville, the residents begin-to-notice things aren’t quite right. The sun is rising and setting at off hours, pets are becoming aggressive or disappearing and the dead have begun to start roaming around. Sheriff Robertson (Bill Murray), along with Officer Peterson (Adam Driver) and Morrison (Chloë Sevigny) are the only law and it is up to them to help protect the citizens. There is also the samurai sword wielding mortician (Tilda Swinton) who has no trouble defending herself.

There are tons of talented actors crammed into “The Dead Don’t Die” and very few of them are given anything to do.  I would be lying if I said I didn’t laugh a few times, there are some funny moments. One of my favorites being the company that RZA’s character Dean works for. Another has to do with a keychain. I just wish that the film wasn’t so lifeless (pun intended). Admittedly, I have never been a fan of Jarmusch’s work. I am not saying he isn’t talented, but his humor is not for everyone. Although, “The Dead Don’t Die” is a zombie film, your feelings about the filmmaker’s style will play a major part in your ability to enjoy it.