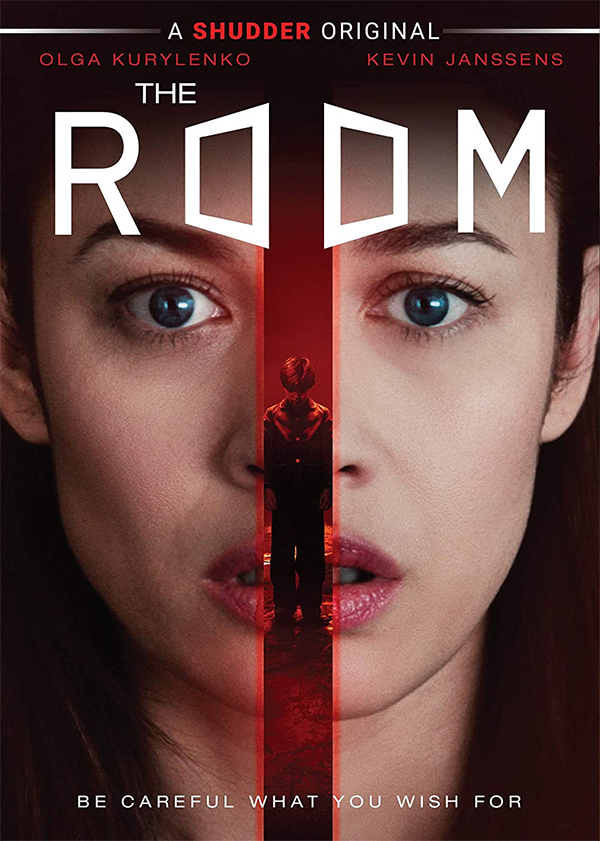 Arriving this week on DVD and Blu-ray is Christian Volckman’s live-action feature film directorial debut, “The Room”.  The filmmaker’s previous feature was the 2006 animated sci-fi flick, “Renaissance”, which featured the voice talents of Daniel Craig and Jonathan Pryce. “The Room” (not to be confused with the notoriously bad 2003 film of the same name) leans more towards being a psychological thriller than a full-on horror film and there is definitely quite a bit to admire here, although it’s far from perfect.

Set in the upstate New York countryside, married couple Matt (Kevin Janssens) and Kate (Olga Kurylenko) move into an old isolated house, where Matt can focus on his painting and Kate can work as a translator remotely. As they settle into their new life, Matt stumbles upon a hidden metal door that uses a special key too unlock. What he soon discovers is that the room will grant anything he wishes, as-long-as the wish is for something physical (money, art, clothing, jewelry). At first Kate is scared by what the room can do, but it doesn’t take much convincing from Matt to get her to have fun with it. Things take a much darker turn when Kate wishes for a baby and though that wish comes true, it turns out there is a very, serious catch that could destroy their lives.

As “The Room” started, I got the sense that this was going to be some sort of “Amityville Horror” knock-off, but I was way off. There is something much deeper going on here and the further the characters go, the more interesting things get. That is until the final act which to me felt unsatisfying. Volckman shows promise as a filmmaker and though there are some pacing issues, he does move things along in a way that fits with the tone a narrative of “The Room”. This is not about jump scares. Things are more subtile here. For those who like something a bit more unique in their genre films, give “The Room” a look on DVD, Blu-ray, Digital and Shudder.