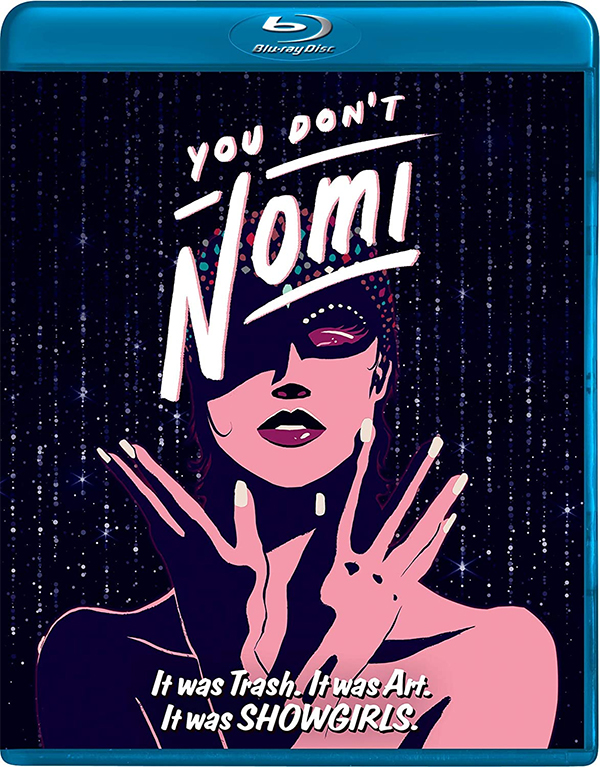 It’s been 25 years since “Robocop” and “Basic Instinct” director Paul Verhoeven unleased the Joe Eszterhas written “Showgirls” upon moviegoers. I will never go so far as to call myself a fan of the film, but despite getting slammed by critics and audiences at the time, I actually enjoyed it. I was in my twenties when it was released, yet for a film that was extremely sexual, there was never a single moment that I found sexually appealing. What I have always enjoyed about “Showgirls” was the over-the-top the performances and the unintentionally hilarious dialogue. At least I believed it was unintentional. Jeffrey McHale’s new documentary, “You Don’t Nomi” gives us a compelling and entertaining look into the different elements of the mid-90’s sex-drama.

First off, I have to agree with a point made during the film. It is absolutely amazing that a film like “Showgirls” is still being discussed more than two decades later. This is something that surprises not only Verhoeven, but also star Elizabeth Berkley whose career never fully recovered after the painfully public criticisms she took in 1995. Not only did “Showgirls” earn 13 Razzie nominations (winning 8 of them) but in 2000 is won a bonus Razzie for worst film of the decade.

“You Don’t Nomi” takes us through different aspects of the film’s growing cult status over the years. We get to see sold out “Showgirls” events hosted by drag performers in San Francisco. There is also writer David Schmader who hosted sold out screenings of “Showgirls” all over the country. That led to MGM wanting to use that new-found love for the film to release a new DVD, in which Schmader was brought in to record a commentary. I can’t forget to mention “Showgirls: The Musical” and “Saved by the Bell: The Musical”, which had a very personal effect on its’ star April Kidwell. The fact is, “Showgirls” has bizarrely touched many people in different ways.

I do believe that, giving “You Don’t Nomi” a watch will result in many revisiting “Showgirls” and potentially giving those viewers a different outlook on the film. I don’t think it will make people who hated the film at one time, suddenly love it, but I do feel it may cause them to appreciate some of it’s aspects more than they once did. Even if that is not the case, the passion behind “You Don’t Nomi” is evident and that makes this doc such a pleasure to watch.

“You Don’t Nomi” will be available on DVD and Blu-ray July 21.