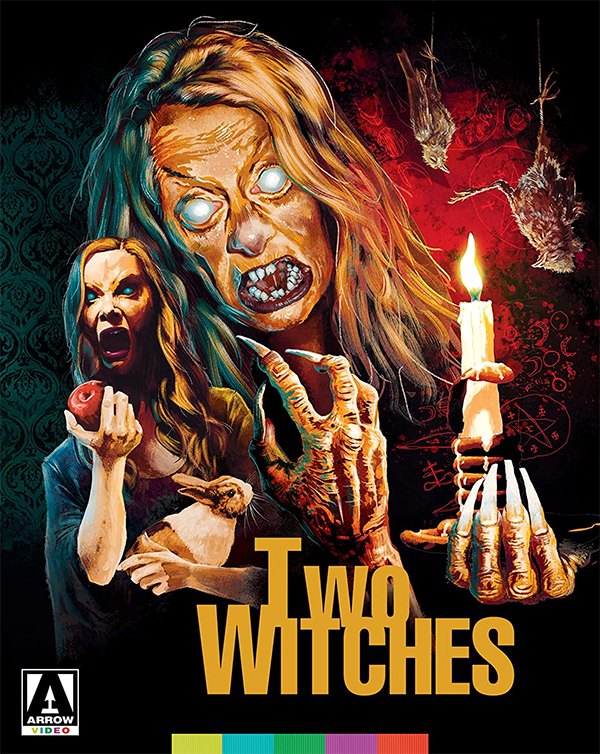 Available now on Special Edition Blu-ray is director Pierre Tsigaridis’ 2021 horror film, Two Witches. After getting quite a bit of buzz from the festival circuit over the past year. While not quite an anthology, this is a modern take on witches told over two loosely connected storylines. While it does get off to a slow start, Two Witches becomes increasingly creepy.

The first of the two storylines follows Sarah (Belle Adams) and Simon (Ian Michaels) who are expecting their first baby.  After she notices a older woman giving her a seemingly nasty look from across the restaurant, Sarah begins to have visions and nightmares. It turns out the woman was a witch and she has her own plans for the couple’s child.

The next story centers on roommates Rachel (Kristina Klebe) and Masha (Rebekah Kennedy).  The latter comes across as an awkwardly shy young woman. However, Rachel soon discovers that there are much more alarming things about Masha. This results in asking her to move out. It turns out Masha is a witch on the cusp of becoming ultra-powerful. If there is one thing we have learned over the many years of watching horror films. Witches aren’t just about to leave because you asked them to.

While Two Witches is a bit uneven, there are enough truly unsettling moments and effective jump scares to make this a worthy watch for any genre fan. The new Blu-ray from Arrow includes tons of bonus content as well which you can see below.