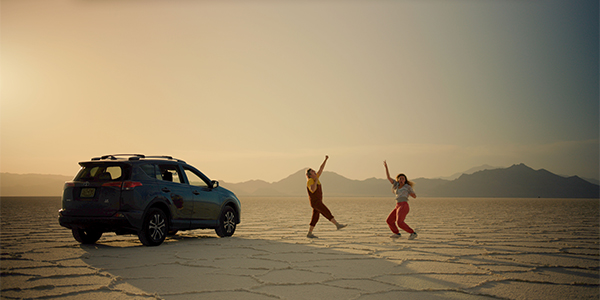 I have seen quite a few films in the past few months that take place during the current COVID pandemic. Some were good, some were OK and some were just plain bad.  The new road trip comedy Recovery directed by Mallory Everton and Stephen Meek is not only the best, but hilarious as well.  Real-life best friends Mallory Everton and Whitney Call, who not only are the leads, but also co-wrote the screenplay, have undeniable comic chemistry.

To me, sisters Jamie (Call) and Blake (Everton) to me come off as either a modern-day Wayne and Garth or Bill & Ted. Things in their life may not be going all-that-great, but the two have each other and their bond and love is stronger than anything around them. Recovery opens with a sharp back-and-forth between the sisters shortly before COVID hits, as the sisters discuss their plans for the coming months and with the audience knowing what is in store, the exchange is flat-out funny. However, it isn’t just the writing that made me laugh, it was the way Call and Everton’s characters deliver the lines. I knew right at that moment, we were in for something special, or at least hoped we were.

Recovery is essentially a COVID set road-trip comedy in which Jamie and Blake must go rescue their grandmother from a heavily affected senior living center in which its’ residents are dropping at an alarming rate. Their other sister who lives in the same town as grandma decided to go on a cruse with her family because the tickets were insanely cheap. On their journey, not a lot happens to Jamie and Blake, much of the film is set in their car or in-close-proximity to it and so dialogue is really what drives the film. The laughs come more from jokes, rather than anything physical and that is fine by me because I was consistently laughing. At times, there were things involving people who were not being safe that felt like an exaggeration. However, it also felt so-true-to-life that it wound up being brutally funny. Perfect examples were anything dealing with the third sister or the aftermath of Jamie letting a student care for her class’ pet mice while she was away.

Some may say it might be too soon to laugh and make jokes about COVID and I am still unsure how I feel about that. However, Recovery did deliver some feel-good happiness set during a time when people were having a truly, hard time and I don’t see anything wrong with that.